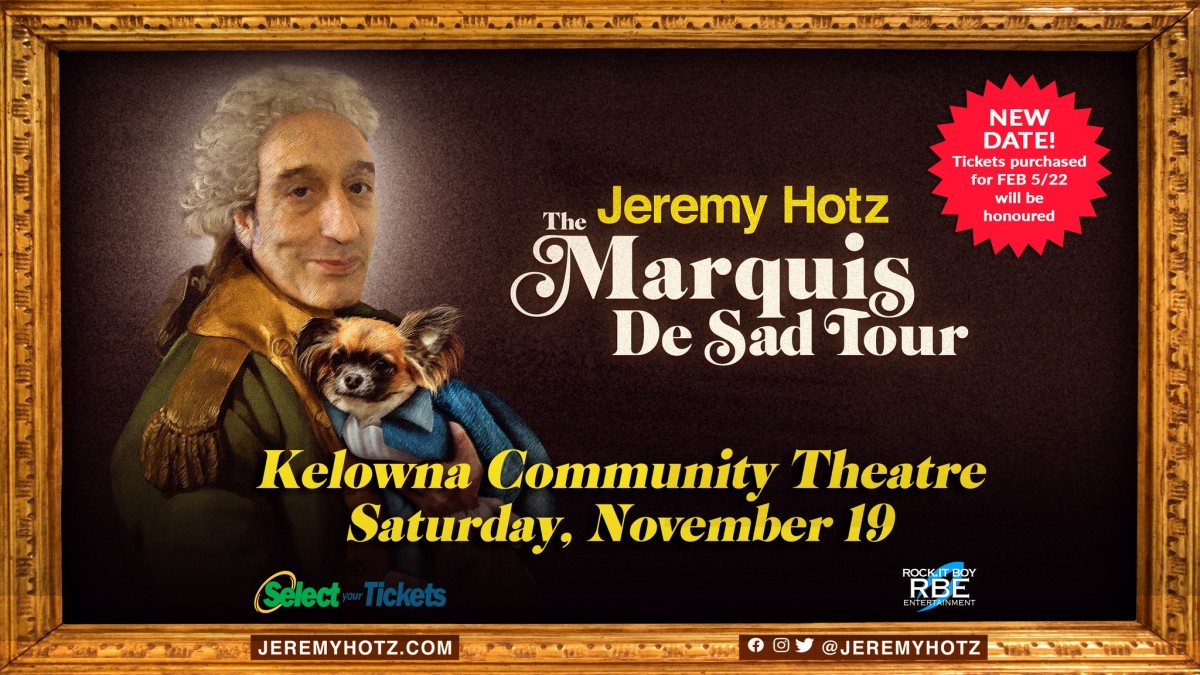 The concert schedule for Saturday FEBUARY 5 has been rescheduled to Saturday, NOVEMBER 19. All tickets purchased for February 5 will be honoured for the new date.

Canadian-born Jeremy Hotz is one of the most unique stand-up comics working today.  With stellar performances at the Montreal Comedy Festival: Just For Laughs, sold out Canadian tours, plus performances in the USA, Europe and Australia, he continues to grab audiences with his completely original and confused, yet very astute, observational comedy.

With an impressive career to date, Hotz’s resume includes the Just For Laughs Comedy Festival (2002) in Montreal where he received a standing ovation after his debut performance at the festival’s prestigious television gala.  He returned to the Just For Laughs Comedy Festival several times where he was voted Best Performer by the “Globe and Mail” (2005) and Best in Fest by the “Montreal Gazette” (2008).

Bolstered by his debut appearance on The Late Show and five appearances on The Tonight Show Jeremy has received major development deals from CBS, DISNEY and COMEDY CENTRAL.  The list goes on with numerous film and TV credits.